About us
Career
Press

Haufe Group: New Era in the Leadership of the Family-Owned Enterprise 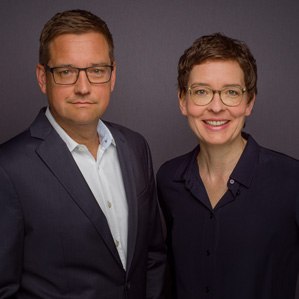 Birte Hackenjos and Harald Wagner will lead the corporate group

The shareholders and the Advisory Board of Haufe Group herald the start of a new era in the management of the family-owned enterprise. From today, Birte Hackenjos (50) and Harald Wagner (49) will together lead the corporate group. Birte Hackenjos, who has been Holding Director and COO since 2013, assumes the role of CEO. Harald Wagner, Commercial Director and a managing director at Haufe Group since 2008, is the new CFO. With these appointments, the shareholders and partners are carrying on the successful and tried-and-true dual leadership principle. In its sector, Haufe Group is considered one of the most innovative media and software companies in Germany and has grown strongly in recent years, notably with its digital offerings.

Markus Reithwiesner (57), who joined the company in 1998, was appointed Holding Director in 2005 and CEO in 2013. He leaves Haufe Group after 22 years at his own request, on the best of terms and in mutual agreement with the shareholders and Advisory Board, to pursue new challenges.

Andrea Haufe, chairperson of the Advisory Board, expressed her sincere thanks to Markus Reithwiesner for his very successful tenure at the family-owned enterprise: “Markus Reithwiesner recognized the opportunities of digitalization at the end of the 1990s – much earlier than many others – and grasped these opportunities for our company with tremendous success. With the confidence of the Advisory Board and in collaboration with the other members of the Holding Board, Markus Reithwiesner drove the strategic transformation of Haufe Group and made it a digital pioneer. We are greatly indebted to him – not least for putting us in such a strong position to face these challenging times.” The corporate group’s sales have more than quadrupled over the past 20 years. Haufe Group today has over a million customers, including all DAX 30 companies, and employs more than 2,000 people in Germany and abroad. The company has been honored for its successful transformation many times over. It was, for example, named Entrepreneur Of The Year 2019 by the multinational professional services company Ernst & Young.

Birte Hackenjos, who joined the company in 1997, was previously Holding Director and COO responsible for operational business. She was appointed to the Holding Board in 2013 and helped shape the digital transformation of the corporate group right from the start.

The change at the top of the company comes after a number of discussions between the shareholders and the Advisory Board, as well as Markus Reithwiesner and Birte Hackenjos, which already began last year. Martin Laqua, member of the Advisory Board and until 2017 Holding Director, says, “The development of Haufe Group over the past years was always characterized by profound change as part of our strategic transformation into a digital champion. Nevertheless, we maintained the values of a family-owned enterprise throughout this sustained change process. This congruence of continuity and transformation is intrinsic to the identity of our company and is also important for us – the shareholders and members of the Advisory Board – in defining the future of the company.” Laqua adds: “That is why continuity and transformation shape the new era of management that we are currently ushering in. On the one hand, we are accommodating Markus Reithwiesner’s request to tread new paths after more than 20 years with the company. And on the other hand, with Birte Hackenjos and Harald Wagner, we are entrusting leadership to two eminently experienced, entrepreneurial, and future-oriented managers. In their previous capacities, they have contributed significantly to the success of Haufe Group. Furthermore, they are held in high esteem by the workforce as well as by the shareholders and the members of the Advisory Board, and are sure to continue the company’s success story in collaboration with its employees.” 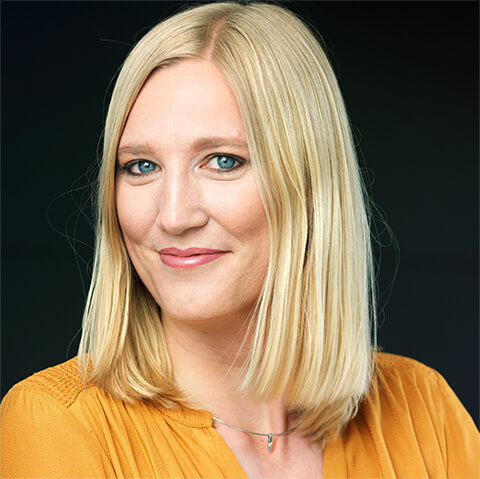 Logos, images, and information about Haufe Group and our brands
To the download center